I want to write

Yesterday…I shut all these noises

A psychic mother…I am not psychotic and dictate their lives. I just watch them from a distance and because I am connected with them at soul…I can feel them all the time

Yes…you are welcome to call it BPD.

12 kids ….aged 12 to 15 were arrested last evening at 4pm at a restaurant, with UNDERAGE wrist bands around their wrists given by restaurant.

They were ordered to get in the police vans and held inside the car for 3 hours….parents not informed. Then these kids were taken to a hospital for the blood work to be done.

No breath analyser test was done at the time these kids were restrained.

It was a bday party with 40 kids…the rest were let go. Only 12 arrested. NONE had alcohol or drugs. I know.

My god daughter suggested for my daughter to share her LIVE location. I started tracking the police vehicle in which my daughter was going. Meanwhile I called the DCP…

Kids were crying…hadn’t been given a drop of water…one girl was having allergic reaction and was being physically…yes physically restrained on the bed for blood work.

I remember shouting n commanding n hugging and holding the girl…and my own kid…and the 3 boys who were so shook up. I asked for them to go to drink water from water fountain 30 meters away and cops started physically handling them like they were terrorists. I yelled again and warned the cops to keep a physical distance from children.

Cops told LIES to all the parents to meet at the police station. But instead the cops took them to hospital. I was NOT listening to the cops…I was FEELING my way to my daughter…

And i ended up feeling the pain of 12 other kids…and save them from the nightmare of the world as it is here in Whitefield Bangalore INDIA. 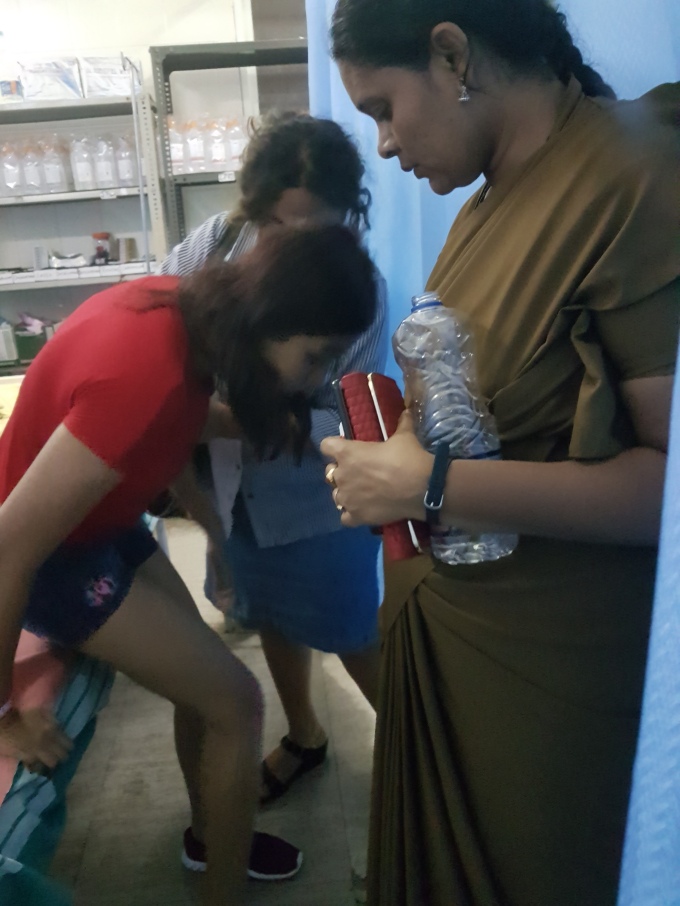 In pic. The woman cop who was head of the team and A NARCISSICTIC Cop with dead eyes. I saw no soul in them.